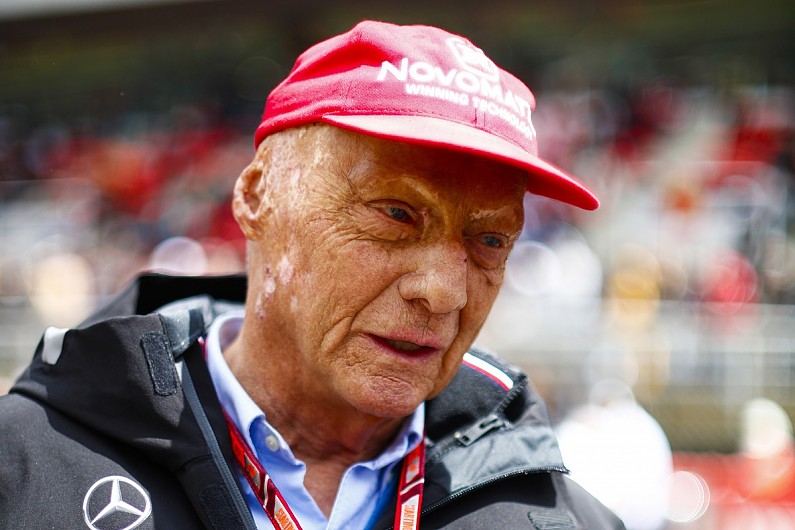 On the dawn of 20th May I woke up with the news on Twitter that Niki Lauda passing away. He was sick for a very long time & sadly his passing away bought lots of emotions around the paddock.

Niki Lauda is a 3 times Formula 1 World Champions who raced in the 70’s & 80’s. If you want to know more about him then you can watch the movie RUSH or use Wikipedia instead of Facebook . Every Formula driver is special to me but for Niki I was sadden for one particular reason.

On November 2017 while we Team BikeBD were going to Cox’s Bazar for a video shoot I ended up having a huge accident just 70 km away from Cox’s Bazar, I hurt my both knees very badly but thankful to Almighty that ended up doing all the video shoot though I limping all over the place & couldn’t walk properly.

2 days after the accident we were suppose to come back to Dhaka, although Suvro Bhai insisted that we courier the bike but I was all pumped up to ride the 400 km from the sea beach to the capital city with two knees which are badly hurt, blood popping out and in the rain (almost 80% of the road we had rain). So I put some bandages, knee guards, rain coat & off I went.

The night before our journey I was thinking about Niki Lauda, of how he cheated death in the 1976 German Formula 1 race. He had an accident in that race where his car caught fire and he suffered huge burn on his head, lost most of his right ear, had many other burning on his body & worst of all had toxic smoke in his lungs. Doctors said that he was lucky to be alive and even in those conditions he was back in the race with blood-soaked bandages off his scarred scalp  just 1.5 months later.

His bravery & utter will of not giving up really inspired me, I knew that back then I had many things to loose if things went wrong in that journey and even if I come home safely there won’t be any rewards but for once I wanted to push myself to the absolute limit of my life.

After hearing about his passing away I was deeply sadden but I was proud to know that I love a sports which has LEGENDS like Niki Lauda.