Abu Saeed : A Gladiator On 2 Wheels 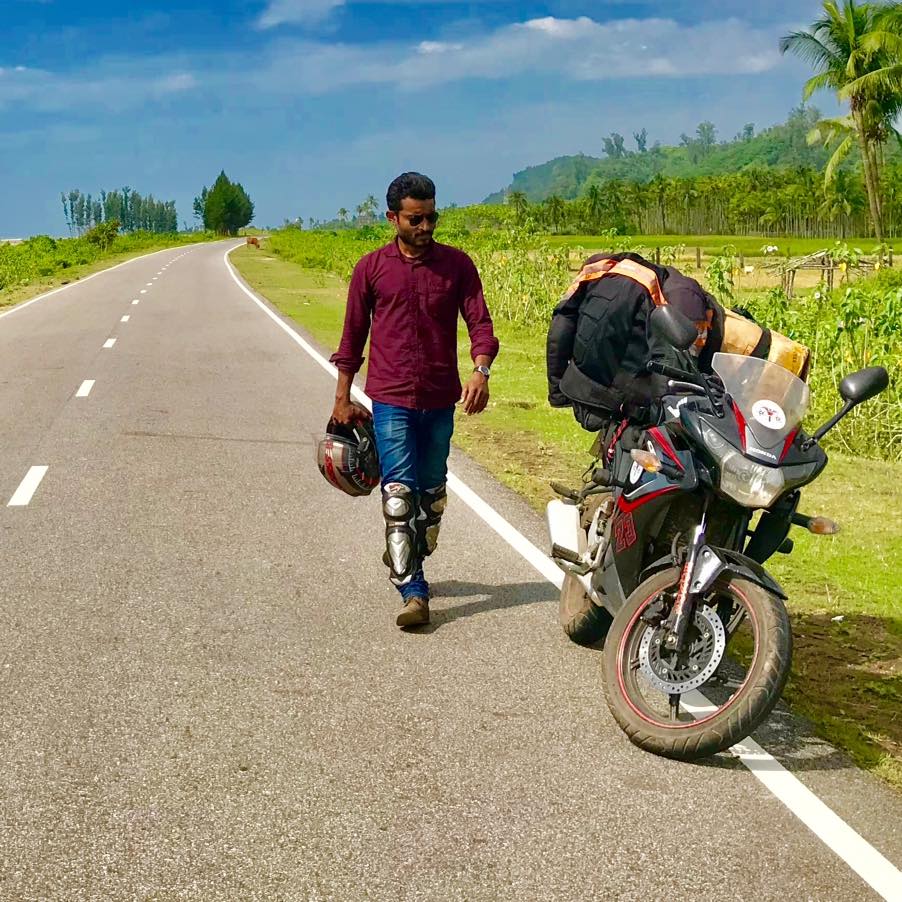 In my last article I stated how much I loved riding with Mad Max, today I will talk about someone who always showed me the path that impossible is nothing if you have the determination, Abu Saeed, a Gladiator on 2 wheels.

Not sure when I first met him but may be at the back end of 2014, saw his madness wheelie with his Honda CG125, even saw him riding his bike in city with full protective gears like knee & elbow guard, gloves. Always used to find him amusing. Even from the early days he always used to talk about safety at the time when many of us used to laughed at the concept.

Out of nowhere we planned to got to Sajek for a tour, saw his magic on that ride. He had so much control on his Honda CG125 on that turn & twisty roads of Sajek is something unreal. I was struggling to cope up with him even with my Lifan KPR150 back then.

Some people dream big but he dreams HIGH. On 2016 he went to climb to the highest motor able road in the world, Leh Ladakh with his KTM Duke 200 which he purchased from a friend in India. Then again in 2018 he went on to full fill his dream, riding from Bangladesh to Ladakh with his Honda CG125 & completed that without any major issue.

What I love most about him is his control over his machine. Riding a CG125 at 100 kmph isn’t easy given it has drum brakes & very thin tyres but he always control the bike & have it under him. Not to mention his odds wheelie with his machine, something he loves to do whenever he is in a fun mood.

I have rode with many bikers in my life but only 2 bikers in my eyes are as determined as he is, he has that God gifted 6th sense of knowing where the grip is before turning into a corner, Abu Saeed is my most favourite biker from Bangladesh.

3 thoughts on “Abu Saeed : A Gladiator On 2 Wheels”