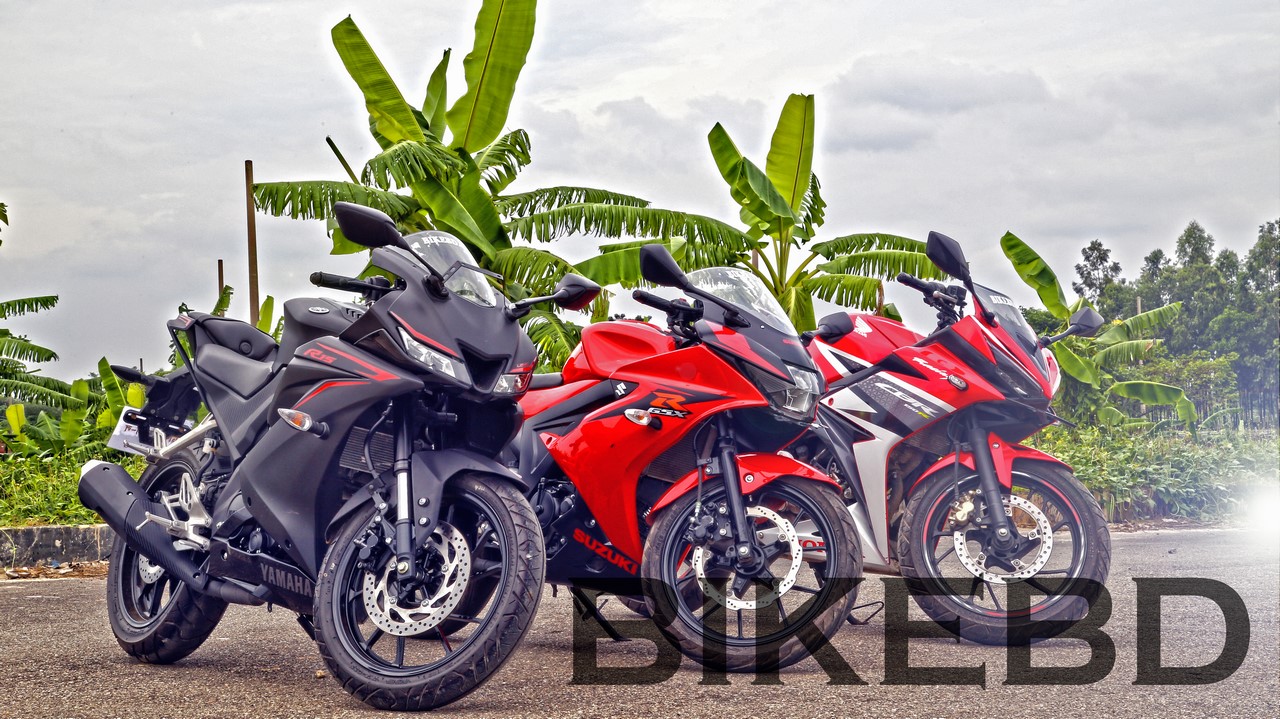 In this article I will talk about my Favourite Top 10 Bikes among the 50 bikes with I tested for BikeBD. The list here is in random order & comes in the way of which bike was tested the earliest. You can click on the BOLD letters to find more details about the Bikes.

Lifan KPR 150 = When it came in Bangladesh many thought that this Chinese bike will go to grave sooner or later but it didn’t since it’s launch back in 2015 there has been around 2000 + of this example. Although spare parts are hard to find these days but still to this day this is the most affordable sports bike in Bangladesh.

Honda Wave Alpha = This year Honda discontinued this bike but this was a gem of a machine. I liked the engine of the bike mostly, it was bullet proof  and it would make the jaw drop of many 125-150 cc motorcycle for it’s acceleration from 0-80 kmph. The build quality of the bike was good too and it was a very nice machine for daily commuting in Dhaka city.

Honda CB 150R Streetfire = I used to have one and rode one for 24 thousand km and never ever regret buying it. It was a bike which used to haunt any sports bike on the road. This is a perfect bike, easily to ride in city traffic, seat was comfortable and on the highway on any day any tarmac it was ready to ripped apart anything. I hope sooner or later BHL bring this bike officially in Bangladesh.

CF Moto 150 NK = How many here would love to ride a bike which is a MENTAL machine! Yes this was under-powered and most of the time it used to slide on the corners but that’s what made this bike so special to me, it always used to be in party mode. This bike gave me the feeling of being ALIVE in the worst of situation. Although it was rebranded as Race Fiero 150 FR but the original name of the bike is CF Moto 150NK.

Yamaha FZS Fi V2 = When most Indian motorcycle companies used to have rear tyres of 100-110 sections the FZS was the first bike that came up with 140 section rear tyre and shorter wheel base, the main concept was instead of having PERFORMANCE lets concentrate on better handling and braking, a concept that is now followed by many in the market. Currently am testing FZS Fi V2 (Duel Disc) and handling and braking of the bike gone even better from the original version.

Hero Achiever = Probably the most underrated motorcycle among all the bikes that we have tested. The tyres were thin, the design was a bit OLDISH so most never cared about it but this bike had one of the best Chassis & Suspension setup fitted to any 150cc bikes ever & not to mention mileage feedback we got from this motorcycle was utterly great.

Yamaha R15 V3 (Indonesian Version) = It was a leap on the moon, VVA, Slipper Clutch, USD suspensions and a bike that looks more like a 250cc bike V3 took things in a different level. This is my most favourite sports bike in Bangladesh but sadly due to my work load in 2 years I only rode it for 4500 km.

Roadmaster Rapido = Fitted with a Zongshen engine the bike really opened the jaw of many as this was a bike which have MADE IN BANGLADESH tag. This was a bike for those who can’t afford a Yamaha M Slaz but can still have some fun of it at 1/3 of the price. The engine noise of this bike is what attracted me the most.

Honda CB Hornet 160R = Unless you ride this motorcycle on the hill tracks you won’t be able to understand how mid range torque helps things in, this is a bike that bought out Honda from a commuting segment into sports segment in Bangladesh in it’s segment. Some people may say that this is boring but I never found it boring for once.

TVS Apache RTR 160 4V = We all know the problems of the old RTR160 & in this new one they really changed the phase of the bike. This was a massive improvement from it’s older brother & in some way picture perfect. The best thing about the bike is the rear showa suspension.

I know many will disagree with my Top 10 list but the fact of the matter is this is what my heart says from testing around almost all of the 50 bikes which were given to BikeBD for testing.