Difference between Airbus and Boeing 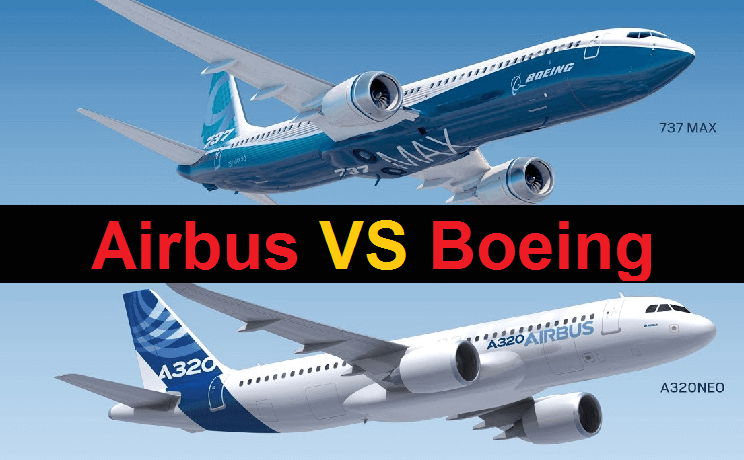 Boeing & Airbus are the two biggest & probably only competitor today in the airline company. Both has a wide range of narrow body & wide body aircraft. While sitting on the airport sometimes we get to see lots of aircraft sitting on the tarmac but can we say by looking at it which plane is what, here are 5 ways you can distinguish between them.

5 ways to distinguish between Boeing and Airbus

2.Nose shape: Sharp and pointed nose for Boeing, Not sharp and round nose in Airbus

3.Boeing: Front landing gear doors, full door is open during landing Airbus: Most part of the door is closed during the landing.

Airbus & Boeing are the two competitors of the airline industry. Among them I rode on Boeing 737 & Airbus A330 & 320. I personally like Airbus & till today A330 is my most favourite plane of them all.